Don't Buy The Covid Bioweapon Hypothesis? Let's Lead You There In Two Steps

[Update 12/06/2021: This post is no longer a prediction. Look for the link at the bottom of the post. The other shoe has already dropped.]

Given the subject matter at hand, I believe I will be forgiven for using an immunological phrase -- I still have antibodies in my system after a nasty bout of WMD-itis in 2003. In other words, if the Western establishment tries to demonise yet another country after the loot and plunder of Iraq, my reaction is (understandably) going to be one of contemptuous disbelief.

China is no angel in white, of course. Every conspiracy theory regarding China necessarily carries a non-zero probability at the very outset. In other words, no one trusts the Chinese government, and that includes a significant number of Chinese people.

Still, if we're trying to be as objective as implicit bias will let us be, we should be skeptical even if it's the devil himself who is being demonised.

My starting point in following the money is in recognising the most recent recurrence of the Thucydides Trap. The Thucydides Trap states that every rising power, however peaceful its intentions, necessarily threatens an established power, and history has shown that in 12 of the last 16 such cases, the situation has led to war. As a corollary, if a war is to be fought, it is in the interests of the rising power to delay the conflict until it is stronger, while the converse holds for the established power. It must strike before the rising power becomes any stronger.

In the context of the US and China, independent analysts have concluded that the US is under an imperative to move to contain China sooner rather than later, since every year's delay works to China's advantage.

But a move by the US against China will carry no legitimacy unless another convincing WMD story can be manufactured, and this is obviously proving hard to do since the boy has already cried wolf once too often.

A trial balloon was floated a year ago, and it was called the "Bioweapon hypothesis". It alleged that China deliberately engineered the SARS-CoV-2 virus to cripple the rest of the world while it surged ahead. If it had been widely accepted, that hypothesis should have stirred up enough outrage worldwide to endorse US-led punitive action against China. But as it happened, that hypothesis sank like a lead balloon with no takers.

However, such a hypothesis is vitally important to the US, because it remains the best basis for mobilising world opinion in favour of concerted action against China. The hypothesis needs to be revived through some other means.

And this is why I think we are now seeing the first of two steps through which we (even the WMD-immunised) will be led to accept the bioweapon hypothesis, and by extension, be led to support military/economic action against China. 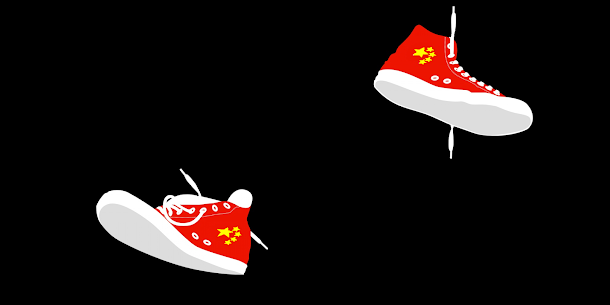 Lots of whispered "evidence" in support of a Lab Leak Hypothesis is turning up, complete with little-known amateur actors, some with secret identities to boot, and documentation from obscure and now-sealed sources that, by definition, cannot be followed and verified.
I predict that the other shoe will drop once this hypothesis gains sufficient acceptance, in the form of "evidence" that the Wuhan Institute of Virology is an arm of the Chinese military establishment.
Voila! Bioweapon.

The West has an inherent advantage in the propaganda war against China, which is that the Chinese government has inherently low credibility in the eyes of the rest of the world, and its denials are therefore going to be ineffectual from the very outset. Almost any charge can be made to stick, provided it sounds plausible.

The latest round of "evidence" in favour of the Lab Leak Hypothesis reads like the plot of a Sidney Sheldon novel. The report by Newsweek makes for a thrilling read.

My interpretation of this round of "evidence" covers the following points:

1. Western government and intelligence sources have no credibility anymore, thanks to WMD. Hence the source for the hypothesis has to be another set of actors.

2. Scientists and journalists are the obvious credible sources for such a hypothesis, but hardly any mainstream scientists or journalists have risen to the bait. Few have been willing to put their professional reputations on the line in support of this hypothesis.

3. Of the handful of media organisations willing to associate themselves with the hypothesis, none has high credibility. Media watcher site Ad Fontes Media doesn't seem to have a high opinion of any of the organisations (Business Insider, Mother Jones, The New York Post, and Fox News) that Newsweek listed in its latest report as being in its corner. These would be just the sort of news outlets that a government could use to push its views. 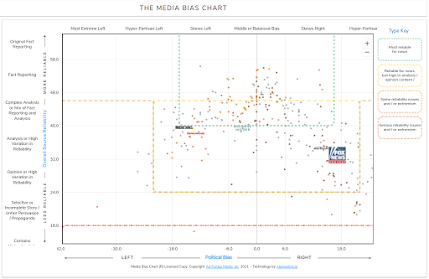 4. The Newsweek report describes the evidence gathered as establishing "probable cause -- a strong, evidence-based case for a full investigation". It carries a standard disclaimer ("None of this proves that the pandemic started in the Wuhan lab, of course: it's entirely possible that it did not."). And it heads off the demand for definitive proof with another disclaimer ("It's not clear that the best efforts of the U.S. and other nations to investigate the lab-leak hypothesis will ever turn up unequivocal evidence one way or another, at least without the full cooperation of China, which is unlikely.").

I have to wonder, if this is never going to go beyond the status of a hypothesis, why are we wasting our time on this? Unless the objective is something beyond finding the "truth".

5. Many of the players in the report are amateur investigators. That in itself is not necessarily a disqualification. However, the identities of some of the key players ("The Seeker", "Billy Bostickson") remain hidden, and it is unlikely that they can be cross-examined by anyone who wishes to. The nebulous nature of the main characters raises red flags with me.

6. Descriptions of the sources seem designed to prevent fact-checkers from verifying their veracity. ("he'd become an expert at searching the back alleys of the web, far beyond the well-lit places patrolled by Google", and "Shortly after The Seeker posted the theses, China changed the access controls on CNKI so no one could do such a search again."). In other words, we are told in advance that the evidence cannot be independently verified.

In short, the impression I get from this round of reporting is that a lot of mud is being thrown in the hope that some of it sticks. Given the pervasive suspicion of China among many, I'm sure some of this mud is going to stick.

From the enthusiastic forwards of these "findings" by many of my friends on social media, I'm going to accept that the Lab Leak hypothesis is going to find general consensus (even if I am myself unconvinced).

My immediate question is, what next?

A prediction - The other shoe is about to drop

Let me put my money where my mouth is, by making a prediction.

Once the Lab Leak Hypothesis is widely accepted, the other shoe is going to drop. We're going to be provided "evidence" (of similar quality) that the Wuhan Institute of Virology is an arm of the Chinese defence establishment. No amount of indignant protest from the Chinese government is going to be able to refute that allegation. Indeed, this could very well be an illustration of the well-known maxim, "Never believe a rumour until it has been officially denied".

Make no mistake, once the other shoe has dropped, the Bioweapon hypothesis is effectively legitimised. The SARS-CoV-2 virus originated from a lab controlled by the Chinese military establishment. Surely that could have had no benign intentions behind it.

And with that, the hawks will have the endorsement they need for the 13th violent enactment of the deadly Thucydides Trap. 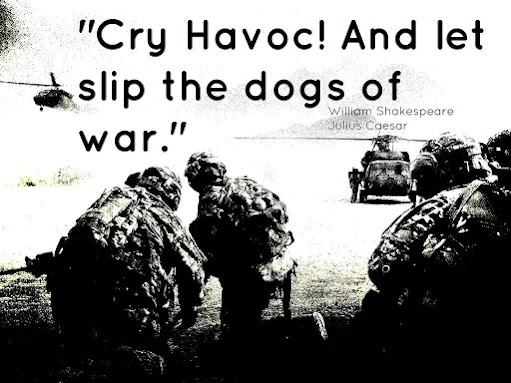