My Favourite Episodes Of Star Trek - The Next Generation

Ever since I finished watching the entire Star Trek TNG series (all 7 seasons), I have been meaning to compile a list of my favourite episodes. But it was only today, after I was challenged by a friend to recommend a set of episodes that would not send her to sleep, that I finally stirred myself to do it.

There are some who will swear by s06e10 and s06e11 "Chain of Command" as among the best. I haven't included these because the scenes of Picard's torture were too disturbing for me. And the villain didn't even die, which is the least I would expect at the end of such stories. But yes, the double episode had its moments, and one of the best was the change in Deanna Troi's wardrobe. She's smartly dressed from this episode on.

See also my posts on Captain Picard's Finest Moments and The Most Attractive Women of Star Trek TNG.
Posted by prasadgc at 08:22 No comments:

It was with a shock that I learnt of veteran Bollywood actress Reema Lagoo's passing away of a cardiac arrest. She was only 59! 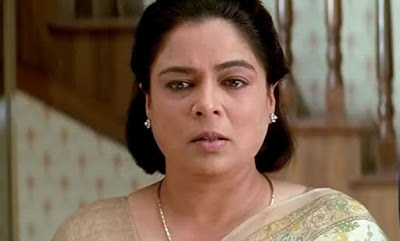 I've always liked the characters she played in Bollywood movies - especially the role of a kind mother to a young man with serious problems.

My image of her is best captured by these two song clips, in each of which she makes a brief appearance towards the very end to comfort her son.

Ironically, in Kal Ho Na Ho, it's her son, played by Shah Rukh Khan, who has a serious heart condition

In Aashiqui, her son, played by Rahul Roy, has a heart problem of a different kind

Goodbye, Reema Lagoo. You will be missed.

Posted by prasadgc at 20:18 No comments: