"No World Will Have You!"

A few months ago, I awoke in the middle of the night from a terrible nightmare.

In it, I was a boy, not more than ten years old. I was living in a place that was a mid-sized, rectangular room with a low roof and rounded corners. The light within was a dim green. I seemed to be living there with my mother. There was another woman who came to visit, and she seemed to be some kind of witch. The details are fuzzy, but she seemed to betray me with a trick, and then she said to me, "No world will have you!" I took that to mean that I was trapped within this room for the rest of my life. Although my mother would be able to come and go, and perhaps bring me food, I myself could never leave. It was a terrible, asphyxiating feeling, especially since the room had a low roof. I woke up after this, and found that I was having difficulty breathing. 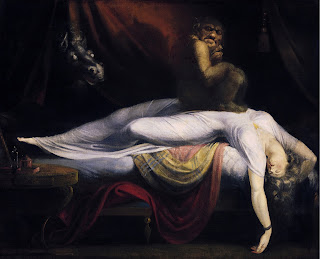 "The Nightmare" by John Henry Fuseli. Asphyxiation nightmares are fairly common, I believe, especially among asthmatics.

It turned out that I was suffering from some kind of bronchitis. It was the unconscious experience of my laboured breathing in real life that generated the nightmare. I also seemed to be borrowing the experience I had as a ten year old holding his breath while underwater at the swimming pool, which would explain the constrained dimensions of the room, the rounded corners, and the dim, greenish lighting. 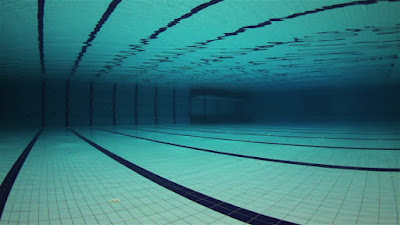 Happily, the bronchitis went away after a course of antibiotics, but I still remember the nightmare. I cannot recall having had a nightmare in recent times, and this has therefore remained in my memory. I still think about that situation with a shudder as I remember the sense of betrayal and hopelessness that it created in me.

I was thinking today about a couple of things that made me feel like a misfit, and I recognised a certain interesting pattern.

In 1992, I went back to do an M.Tech. degree in Computer Science after 5 years of working in the IT industry, I had a definite problem area that I wanted to do my thesis in. I had felt the need for a better design tool for database designers than the classical Entity-Relationship Modelling approach. The traditional ERM approach resulted in the simplest data model that reflected the application domain's data structure, but often needed tweaking for performance under real-life usage because it was a relatively simplistic design. My enhanced technique aimed to utilise information relating to the way that data would be accessed (such as the number of records impacted by queries, the frequency of access, the degree of overlap in the records affected by two queries, etc.), so that the designer could receive automatic recommendations for the most appropriate performance-enhancing strategies.

The tool would effectively enable a novice designer to come up with designs that would perform as well in the real-world as those produced by more experienced ones, because it would encompass the kinds of considerations that they made. 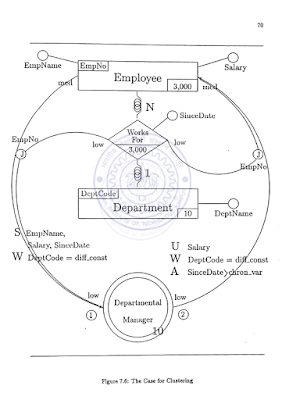 I believe I largely succeeded in my endeavour to develop a more sophisticated design tool for database designers. I passed my thesis defence and got my degree. I even used the technique myself on a few projects, with a fair degree of success.

However, there was a troubling aspect to this exercise. I noticed two simultaneous problems with the technique I had developed. One of the professors on my thesis evaluation committee gave me a hard time because my work did not meet his exacting standards. I had merely illustrated my method's efficacy using a few examples, but had not offered a theoretically rigorous proof of its correctness. Back at work in my old company, I found that while my colleagues expressed mild interest in what I had done, none showed much enthusiasm about applying my method on their own projects. A couple of people told me that they found it "too theoretical".

I had fallen between two stools - My work was not rigorous enough for academia, and not practical enough for industry.

This pattern has often repeated itself with a lot of the work I have done in IT - work that seems too theoretical to some, and not academically rigorous enough to others.

It's almost as if no world will have me.

Thinking about other aspects of my life, I see the same pattern. After over two decades abroad, I'm too Westernised to fit into Indian society anymore, yet I'm still not Westernised enough to meld seamlessly into Australian society either. I'm very interested in languages, but am fluent mainly in English. There are many more examples.

Perhaps that nightmare was not just about a temporary problem with breathing. Perhaps it was a deeper angst about not feeling like I belong anywhere.
Posted by prasadgc at 08:46 No comments:

It's interesting that it's usually North Indians who have so far always angrily denied the existence of a separate Dravidian (South Indian) identity. One of the ideological mavens of the Neo-Hindu movement, Rajiv Malhotra, even characterises the Dravidian identity as one of the forces that seek to break India. 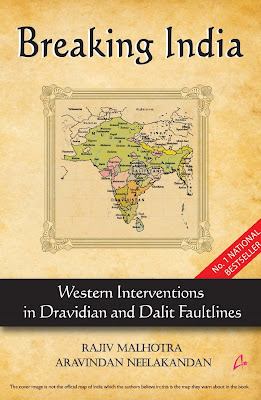 In Rajiv Malhotra's eyes, an assertive Dravidian identity is a fissiparous and dangerous one that threatens the unity and integrity of India

A large part of the Hindutva ideology's energies are devoted to denying the two-race theory in all its forms. [While the Aryan Invasion Theory may or may not be valid in its literal form, there is enough genetic evidence that North Indians and South Indians differ significantly in the proportions of the genes they inherit from two distinct genetic groups.]

It's therefore amusing to hear a North Indian admit, however inadvertently, that South Indians are a distinct racial group ("black people", in his words). BJP MP Tarun Vijay's interview to Al Jazeera, where he sought to deny the racism of Indians against Africans by using an unfortunate example of "black people" (South Indians) within India, has sent shock waves through the country.


The moment of truth, when a mask slipped before millions

Now, Tarun Vijay is not a bad guy at all. I remember that he was once pelted with stones by traditionalists for his admirable attempt to open up temples to Dalits. His inadvertent comment about South Indians being "black people" is all the more significant for that reason. He's not a conscious bigot, probably quite the opposite, since he has put his life and limb on the line more than once in the interests of eradicating social injustice. However, his unthinking remark only shows how deep-rooted the idea is within many North Indians that South Indians are a different race of people from themselves, and there is an element of condescension there too ("We live with these people. How can you call us racist?" instead of "We're the same people").

To my mind, the root of Hindi language chauvinism comes from this inherent sense of superiority. If North Indians truly respected South Indians, there would be a more sincere attempt to implement the three-language formula, in place of the current lopsided emphasis (budgetary and otherwise) on the propagation of Hindi at the expense of every other Indian language.

Hopefully, this momentary slip of the mask will make South Indians more aware of where they stand in the eyes of the country's dominant group, and make them more assertive about their linguistic and cultural identity. The common examples of Japan, Germany and Korea will not wash. Those countries have only one language of their own. India has at least 25 major ones, and hundreds of dialects. It's of course a logistical nightmare, and the solution won't be simple, but India's communication problem will not be solved by imposing one North Indian language on everyone in the country, especially not when it is done out of a sense of cultural and racial superiority.

Clearly, North is North, and South is South, but if the twain are to live amicably together in one country, mutual respect is a non-negotiable condition.
Posted by prasadgc at 00:41 No comments: