Good On You, Dr. Haneef!

I'm glad to read that Dr. Haneef, the Indian doctor wrongly accused of terrorism by the Howard government in 2007, is suing former Immigration minister Kevin Andrews for defamation.

I have written about Kevin Andrews before and even earlier. I think his action in cancelling Dr. Haneef's visa and having him arrested (after he had been granted bail by a judge) was mean-spirited and unjustified. 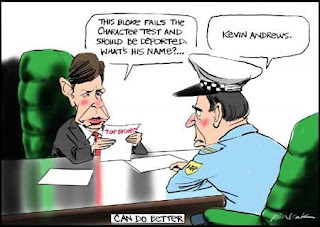 You go, Dr. Haneef! All the best to you.

Posted by prasadgc at 06:41 No comments: