I got an email announcing that the Nobel Laureate Professor Joseph Stiglitz was in Australia, and that he would be addressing a crowd at the University of Technology, Sydney (UTS) on Thursday the 7th of July. So I registered for this free event and turned up for it. It was a strictly one-hour affair, which drastically reduced the time allowed for audience questions. 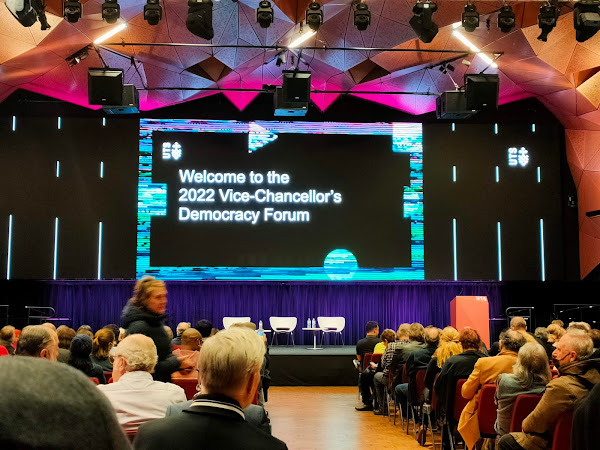 Prof. Stiglitz made the following points, and I took quick notes. (He said he was going to make 5 points, but then he made 6.)

1. Human progress was static for centuries, then standards of living and life expectancy started to increase rapidly after the 18th century. The reason is science and technology, and societies have learnt to organise themselves to harness science and technology. An important mindset that we gained from the Enlightenment was that progress is possible. Enlightenment values include democracy and tolerance for other viewpoints. In the US, these enlightenment values are being challenged today. What is at stake is every aspect of our progress including democracy. We need to re-learn the values of the Enlightenment.

2. Innovation cannot be taken for granted. It is endogenous. We can hasten or undermine it through our conscious choices.

3. Since Adam Smith, many economists have believed that markets would lead to progress in society. In the 1950s, the economist Gerard Debreu (later a Nobel laureate himself) studied under what conditions this would occur. He realised that information wasn't perfect, and markets weren't perfect. Along with Bruce Greenwald, Stiglitz himself argued that markets weren't always good for society. Innovation isn't automatic. Joseph Schumpeter argued that competition spurred innovation. He was wrong (in more than one way, actually), because it didn't always spur the right kind of innovation. For example, reducing labour isn't as important as reducing carbon emissions, but because markets reward labour-reducing innovations, those tend to occur more. Social returns are not the same as private returns. Curing malaria is more important than stopping hair loss, because millions of people die of malaria every year. But these deaths occur in poor countries, and the people there don't have the money to pay for a cure. But rich and insecure men have plenty of money to spend on hair loss prevention techniques, hence the latter area sees more market funding for innovation. There are also "me-too" innovations that are intended just to sidestep patents. They don't add any additional value socially. Markets also stay away from risky investments. Hence some of the most important innovations come from the public sector, because governments aren't that risk-averse. Knowledge is a public good. It shouldn't be hoarded, but private enterprises tend to keep knowledge to themselves, which isn't good for society. Thomas Jefferson said a candle doesn't diminish if it lights another. Government needs to get larger as we become a science-based society.

4. Research is an enquiry into the unknown. There will be failures. If a process doesn't see enough failure, it's not exploring boldly enough. The US government gave Tesla a lot of money, and that's why Tesla became successful. In Stiglitz's opinion, the government should have bought shares in Tesla instead of just giving the company money, so that the public would have got a return on its investment. Incidentally, government tends to get a higher return on its investments compared to the private sector. Although people say government should get out of the business of doing business, this is not justified based on results.

5. Government should not only support basic research, but should also steer the private sector. However, industrial policy is controversial. People say, "Governments shouldn't pick winners." But this happens anyway. Governments' decisions are always steering the economy. When people aren't paying attention, special interests end up steering the economy. Like derivatives which exploded. Derivatives got first preference when companies went bankrupt. This was a law passed through Congress because of lobbying by financial firms. So if governments are going to have an impact anyway, it's better that it make conscious steering decisions, such as adopting an education policy, a tax policy, etc., which would result in societal benefits. Current tax policy steers the economy towards saving labour, which creates more unemployment at a time when people are suffering economic hardship. Saving on labour does not result in societal well-being.

6. Government is beginning to talk about "well-being budgeting". Markets may be maximising profits and GDP, but not societal well-being. Technology policy is an important part of public policy.

After his talk, there was a brief discussion with a panel member, who asked a couple of questions, and Prof. Stiglitz answered. 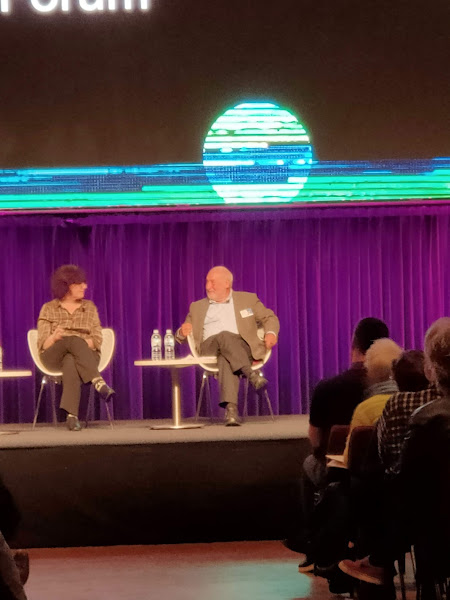 There was time for just one audience question. I had a question, but didn't get a chance to ask it.

For what it's worth, this would have been my question.

"Prof. Stiglitz, you spoke about societal well-being, and you also touched upon democracy. One of the intriguing phenomena in today's world is -- China. China is not a democracy in the way we understand democracy, but after the death of Mao Zedong, all subsequent Chinese governments seem to have been very focused on improving the quality of life of the Chinese people. Hundreds of millions of people have been lifted out of poverty in a single generation. The government executes a series of Five Year Plans, all of which are focused on investing in sectors that require the most attention. For example, China lays thousands of kilometres of high-speed rail every year. This is particularly relevant to us in Sydney because we have seen our government take years and spend billions of dollars just to build a few hundred kilometres of metro rail. China seems to get more bang for the buck. We pride ourselves on our democracy, and we believe that democracy is about responsive government that delivers good governance, but it seems to me that a non-democratic government like China is showing up democratic ones in terms of the societal well-being that it has been able to deliver to its people in just a few decades.

What are your thoughts on this?"