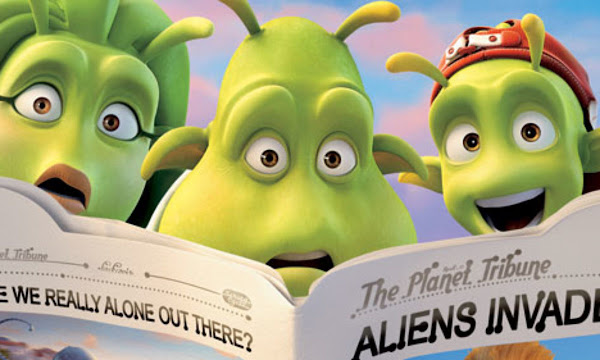 One of my friends made an insightful comment after watching a Chinese serial that I had recommended to him:

I realize the power of cinema and TV serials in shaping the attitudes of foreigners about a culture. The serial may have been written primarily for Chinese residents. But in this day and age, people around the world watch these shows. Someone like me may never watch another Chinese show or ever go to China. This show, then, might have a huge influence on my view of China. With nothing else to inform me otherwise, this show becomes my reality of China.

Thus the serial is very influential, and I think the Chinese government understands this, and that's why they have told makers of shows to project only positive images of the country.

His comment brought to the surface a theory I have been having for a while. It's the importance of "Humanising the Other" in today's world. I believe there are two aspects to it.

Soft power as a political tool of governments

When I was a kid, my dad was a professor of foreign languages and for a time was teaching Russian. We used to get to read a large number of Soviet books and magazines, and also had the opportunity to watch a number of Russian movies. I remember many of those movies very fondly. They showed the lives of average Russians and the problems they faced and overcame. Over time, an audience exposed to a series of such movies develops a deep sense of empathy with the characters and by extension, the society they come from. For a long time, I used to think Russian people were among the warmest in the world, until the horror stories from the Soviet invasion of Afghanistan started coming out, and I realised Russians could be as brutal as anyone else.

It's also true that American soft power helps the US immensely. The US routinely does terrible things to other countries, and in recent times, even the pretence of noble intentions is no longer bothered with. Yet lots of people around the world still think of the US as a benign power. I read about a recent survey that reported that Iranians have a generally positive image of the US! For citizens of a country long subject to American meddling, and still suffering crushing American sanctions, to report such a positive view of the US points to the extent of American soft power.

So it's perfectly natural for the Chinese government to try to use the soft power of its movies and TV serials to create a positive image of Chinese society.

I was reminded of my own impressions of other groups of people during my formative years.

I grew up in Bangalore, capital of the South Indian state of Karnataka. For many years, my only travels outside Bangalore had been to Madurai, Madras (now Chennai) and other places in my home state of Tamil Nadu. I had never visited North India (even the central Indian state of Maharashtra was considered "north"), and in those pre-television days, I hardly heard any Hindi at all. "North Indians" were an unknown group of people.

We mostly used to watch English movies, because the staff club at the Indian Institute of Science where my father worked would only show English movies. A few times a year, my parents would take the whole family to a theatre in the city to watch a Hindi or Malayalam movie, perhaps because my mother had heard good reviews about it from her schoolteacher colleagues.

I remember the time we watched the Hindi movie Bawarchi. In one scene, the character played by Jaya Bhaduri wakes up her kid cousin, saying, "ucho, ucho". I found it very cute that she didn't say "uTho, uTho" (Hindi for "Wake up, wake up") but used affectionately diminutive language (what we in Tamil call "chella bhaashai") to speak to a kid. That immediately humanised North Indians for me. I was already aware that Tamilians say "okachu" instead of "okaru" ("sit") and "taachiko" instead of "paDutuko" ("lie down") when speaking to kids, so this "ucho" thing, although a tiny part of the movie, had a huge impact in terms of suddenly turning those strange and unknown people into human beings like my own kind.

I understand that the same thing happens to non-Muslim Indians who watch Pakistani TV serials. After watching episode after episode of regular characters going through day-to-day troubles similar to their own, they start to realise that at a fundamental level, Pakistanis (and by extension Muslims) are just human beings like themselves.

I think this is a very good thing. There is too much "othering" going on, and social media is exacerbating it rather than healing it. Recently, one of our Indian friends told us that she gets into fights on family WhatsApp groups because there are people who post nasty things about Muslims. When she asks them if they personally know any Muslims or have Muslim friends, they say, "We know what they're like". Of course they have no idea what Muslims are like. They're just perpetuating stereotypes that they consider to be truths.

I imagine it's the same thing with Indians and the Chinese. I think Indians in the main have a very negative view of the Chinese (all thanks to the 1962 war and the unresolved border issue that erupts into public consciousness from time to time).

I know that many non-Chinese people, not just Indians, have a negative opinion of China for many reasons. While most of them would justify their viewpoint based on a ready list of facts, those facts themselves probably suffer from "selection bias". In other words, people tend to see what they want to see. There is no objective truth, only subjective opinion.

Before I quit Facebook and other social media platforms, I had been engaged in a never-ending battle with people who in my view were bent on perpetuating hatred between communities, based on nothing but prejudice.

And so, given the amount of hatred and othering that is swirling around social media, it's probably not a bad thing to counteract negative stereotypes with some positive ones.