The Neo-Hindu resurgence is in full swing, and one of its accompaniments is a new civilisational narrative that is meant to restore pride among Indians in the glory of their ancient past. It is a narrative that has been taken up with enthusiasm and propagated by some of the most educated Indians. Obviously, a story of "Who we are as a people and how we came to be" is capable of being quite popular, especially if it glorifies the society concerned and blames its negatives on external players and forces. As with all narratives that have a political imperative, a scrupulous adherence to the truth is not an essential concern for those who want to believe it. But to those of us to whom the truth matters, evidence counts for more than feel-good stories.

I want to focus on two particular assertions that are increasingly heard as part of this Neo-Hindu narrative, because we have recent genetic evidence to challenge them.


Assertion 1: The Aryan Invasion Theory (AIT) has been debunked

What this assertion implies is that there was only ever one race that inhabited the land that is India, and all its traditions (especially what are known as its Vedic traditions) originated within this land. There was no external Aryan race that brought Vedic civilisation to its original Dravidian inhabitants. Indians are, and have always been, a single race. The entire theory of two races is a European colonial fantasy to divide, demoralise and enslave Indians, and this fantasy has now been exposed as such, thanks to a wealth of evidence.

This assertion implies that the original Indic civilisation (which was a "Vedic" one, of course) only had four broad categories called "varnas" that represented a sensible division of labour. Within the varna matrix were hundreds of localised subcategories called "jatis", which represented job roles that were not rigid and oppressive, but afforded social mobility. The word "caste" is a European one derived from the Portuguese "casta". The British ethnographer Lord Risley exploited jati labels in the 1901 census of India and classified Indians by their "caste". Over time, the British emphasis on these caste labels created a society that was rigidly stratified in a way that the original system was never meant to be.

Neo-Hindu intellectuals like Rajiv Malhotra have been in the vanguard of the "dharmic" identity resurgence, and have expended much ink in making these assertions. Like the lady that doth protest too much, Malhotra's book "Breaking India" tries very hard to discredit both the Aryan Invasion Theory and the notion of a rigid caste system that evolved independently of mischievous external parties.

As it turns out in the light of recent genetic evidence, both these assertions are at best half-truths. At worst, they are outright lies. 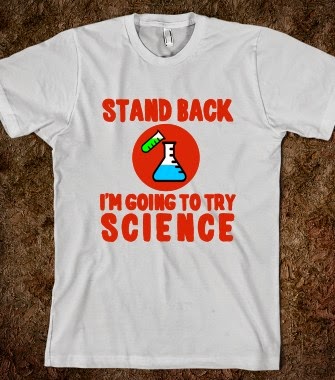 In 2013, Priya Moorjani et al published a paper called "Genetic Evidence for Recent Population Mixture in India" (the download link is on the top right of that page), which studied a sample of 571 people of the subcontinent belonging to 73 distinct ethno-linguistic groups (71 Indian and 2 Pakistani). It's important to note that classification of individuals into these groups was based on the conventional categories of Indo-European (Aryan) and Dravidian, in addition to their jati (caste) labels. The genetic analysis of these groups is detailed in their paper and requires a sophisticated understanding of statistics to follow. However, the conclusions are clearly explained.

1. Virtually all groups in India, including those considered to be isolated, have experienced an admixture of two distinct racial groups in the past. There are no "pure" groups today.

3. The paper calls these two original racial groups ANI and ASI (Ancestral North Indian and Ancestral South Indian). The ANI group has links to Central Asia, the Middle East and Europe, although the paper takes care to explain that it has no immediate links to Eurasians and hence may have separated from the Eurasian group 12,500 years ago. The ASI group does not have links to any group outside of India, with the closest group being in the Andamans. Hence the ASI group is probably indigenous to India.

6. "Upper" and "middle" caste people's genomes show multiple waves of admixture compared to "lower" caste genomes. The paper does not offer an explanation for this, but my theory is that lower caste people were less mobile and had fewer opportunities to interact with outside groups, perhaps as a result of social restrictions.

On a matter that can be seen to have a major bearing on our understanding of caste, the paper makes a further surprising claim based on the genetic evidence.

7. An abrupt shift to endogamy (the opposite of cross-breeding) occurred around 1900 years ago. Some groups stopped receiving gene flows from neighbouring groups 3,000 years ago.

Why do I say the two assertions of the Neo-Hindu narrative are at best half-truths?

Consider the evidence from the Moorjani paper.

The genetic evidence neither supports nor debunks the theory of a violent invasion. However, it very clearly points to an admixture of two distinct racial groups. To the extent that "Aryan" refers to a link to Central Asia and "Dravidian" refers to being indigenous to India, the theory that two races (whether or not we choose to call them Aryans and Dravidians) intermixed to produce today's Indians remains valid. Also, while present-day North Indians and South Indians are not themselves purely Aryan or purely Dravidian, they contain both genes in different proportions. North Indians are more Aryan than Dravidian, and South Indians are more Dravidian than Aryan. It's not a clear racial divide, but a difference in degree. Hence this fact can be used to argue both for sameness and for difference, depending on one's starting position.

Genetic evidence is of course useless in determining whether a violent invasion occurred, or which group was first associated with "Vedic" civilisation. Hence these questions remain unanswered. However, it is wrong to make the blanket claim that the Aryan Invasion Theory has been debunked, with the implication that Indians were always a single race with a completely indigenous civilisation and culture.

The Rigidity of Hinduism's Caste System

The genetic evidence is emphatic that all intermixing between caste groups (indeed, the samples were classified by jati) stopped abruptly 1900 years ago. In other words, the caste system became rigid, affording no mobility, long before Europeans (or even Muslim invaders, for that matter) set foot in India! The Portuguese word "casta" therefore only described an existing system, and Lord Risley only documented its rigid segregation. Neither he nor the British Raj was responsible for that rigidity. Whatever else may or may not be purely indigenous, the evil of caste-based segregation originated entirely within this land.

Personally, I identify with the Indic civilisation and recognise it to be a great and unique one, neither superior nor inferior to other civilisations, just different. I also believe the Indic civilisation has had a distinguished past and has great potential to make continuing contributions to the world. However, I am open to the possibility that not everything that is considered Indian may have originated within this country, and that some unique social evils could have originated here. We should be willing to give credit where credit is due, to accept negatives in our society, and seek to progress by accepting good ideas from any source and rejecting bad ones, however deeply steeped in tradition.

I particularly reject dishonest and non-evidence-based narratives. They bring no glory at all, and I expect educated and intellectually honest Indians to forge their civilisational identity based on verifiable truths instead.
Posted by prasadgc at 07:19